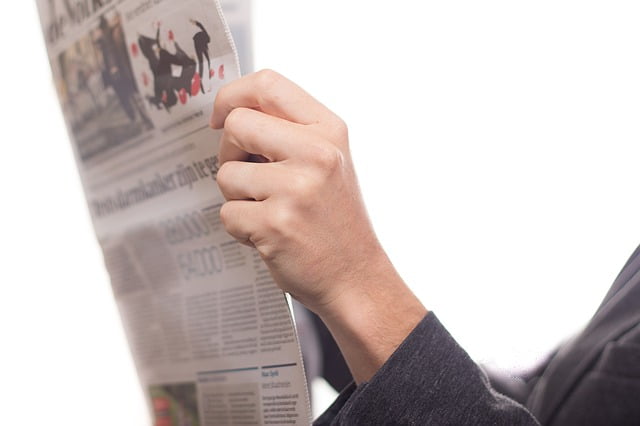 In Britain the practice of publishing nude and semi-nude photos of glamour models on ‘Page 3’ of certain newspapers has continued for almost 50 years. However, this long-standing tradition could soon be coming to an end.

It all started on November 17th, 1970, when The Sun newspaper launched its first nude ‘Page 3’ spread. This was the first time that nude photos of women had ever appeared in a newspaper solely for entertainment. The decision to introduce ‘Page 3’ models came from  Australian media tycoon Rupert Murdoch and editor Larry Lamb when The Sun was relaunched under Murdoch’s new ownership in November 1969.

Of course, this new ‘Page 3’ spread was a highly controversial topic which sparked several anti-pornography protests. In fact, some local libraries refuse to stock The Sun newspapers. However, the end result was that by the end of 1971 The Sun had almost doubled its circulation to 2.5 million.

Over the years the ‘Page 3’ spread has attracted a mix of praise from ‘Page 3’ models who say that it is empowering as well as scorn from politicians and members of the public who say that it objectifies women. In response to these claims, The Sun has often stated that it has “tried to find a healthy balance between catering to its sex-obsessed audience and not offending women”. As one November 2000 BBC article explained;

“The pictures were generally shown to women reporters on the paper to make sure that female readers wouldn’t regard them as horrible or ‘dirty’. And it was always said that the model’s smile was more important than anything else”.

From 2011 onwards, a desire to ban ‘Page 3’ and similar nude and semi-nude newspaper spreads started to spread among politicians and activist groups. As one member of parliament said at a 2011 conference of the Liberal Democrats in Birmingham, England;

Various ‘No More Page 3’ campaigns have been launched in recent years, which resulted in the Irish edition of The Sun ceasing to feature topless models on ‘Page 3’ in August 2013. What’s more, Rupert Murdoch himself was quoted as saying that ‘Page 3’ was an “old-fashioned” institution in September 2014. 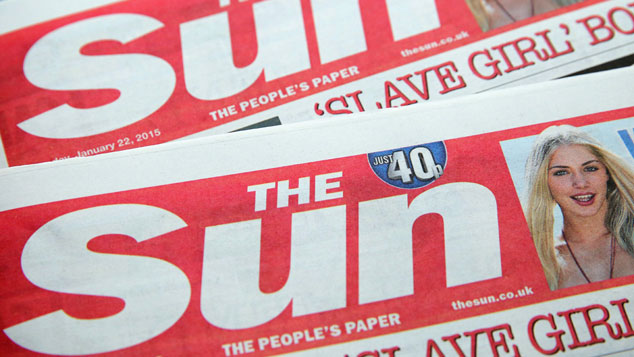 The biggest shock came in January 2015 when The Sun published their ‘last nude model’ spread and said that ‘Page 3’ would no longer include nude models – only those wearing lingerie or swimwear. However, The Sun later admitted that it was all a hoax and they tweeted a picture of the next week’s ‘Page 3’  topless model with the text;

“Further to recent reports in all media outlets, we would like to clarify that this is Page 3 and this is a picture of Nicole, 22, from Bournemouth. We would like to apologise on behalf of the print and broadcast journalists who have spent the last two days talking and writing about us”.

However, in recent years The Sun have opted to feature models wearing lingerie and bathing suits. What’s more, many other newspapers have started to end the practice of nude and semi-nude ‘Page 3’ models for good. For instance, The Daily Star have said that they will be introducing a new “covered-up” version of ‘Page 3’ models in their newspapers. 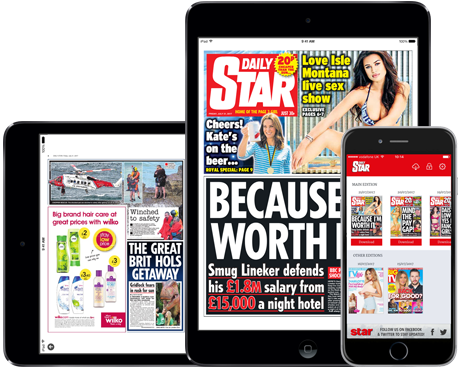 This drastic changes comes as The Daily Star was recently relaunched under new ownership. As new editor Jonathan Clark explained in an April 2019 Independent article;

“The Daily Star is always looking to try new things and improve. In that spirit, we’ve listened to reader feedback and are currently trialling a covered-up version of Page 3”.

From now on, ‘Page 3’ models in The Daily Star will only pose in lingerie or swimwear. There are still some British newspapers which continue to feature topless ‘Page 3’ models such as the Sunday Sport tabloid. However, ‘No More Page 3’ campaigns continue to grow in popularity so it seems to be only a matter of time before all British newspapers follow suit. As a representative from Girlguiding, Britain’s leading charity for girls, stated;

“We hope this means the end of an era”.

But what is your opinion? Do you feel that ‘Page 3’ models are empowered or objectified? Do you think that the ‘Page 3’ modelling tradition should continue or come to an end? Let us know your thoughts in the comments section below!

Watch The End Of Page 3 In The UK