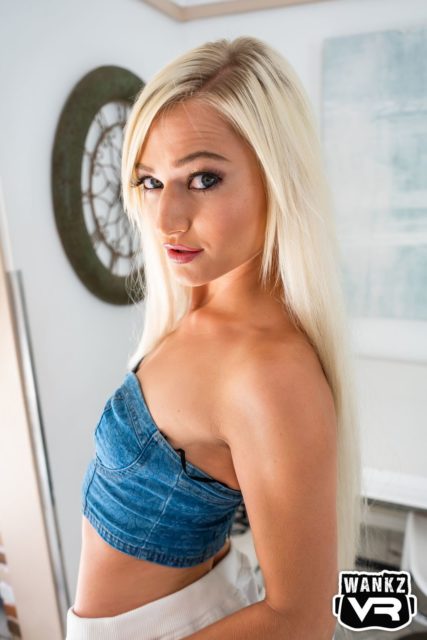 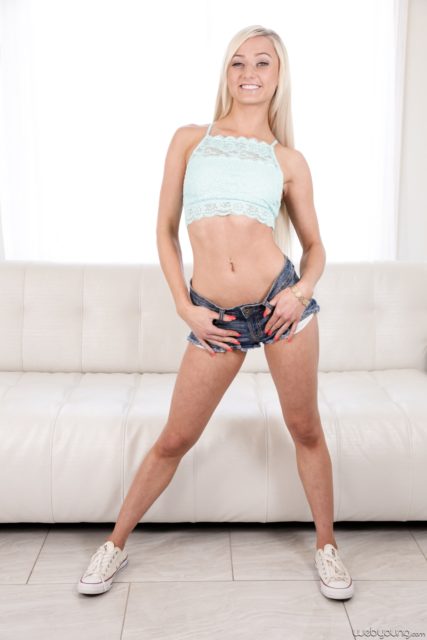 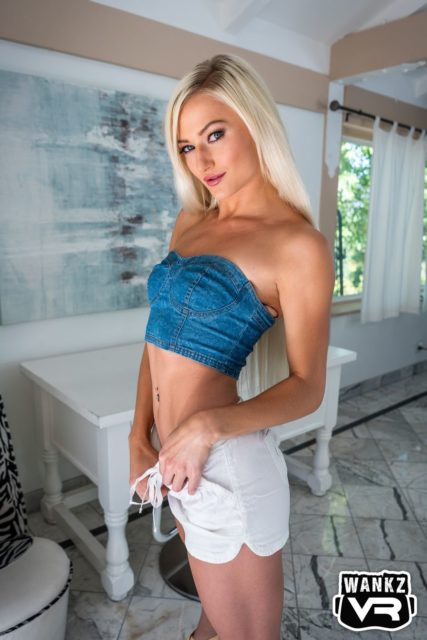 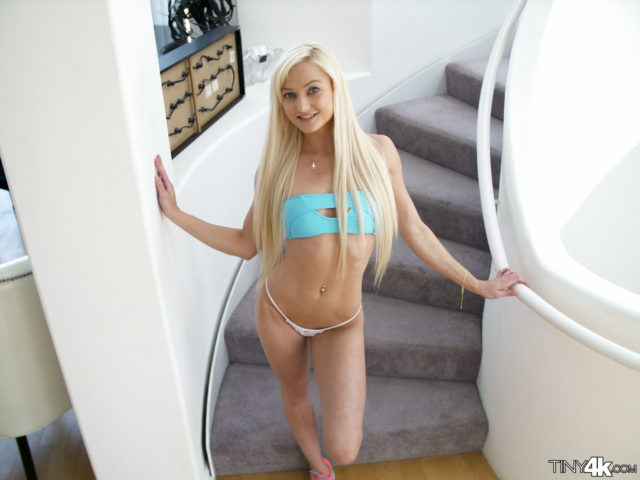 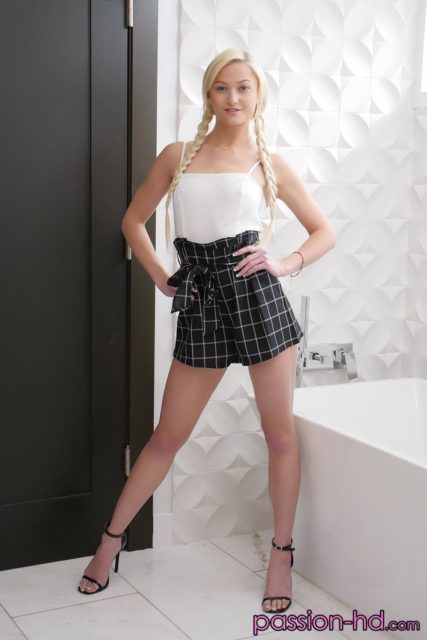 “With her adorable long blonde hair, Morgan is about to live out her biggest fantasy ever. She’s been craving this for so long and after meeting a suitable guy online she is on her way to tick this desire off her list – and she just can’t wait”. 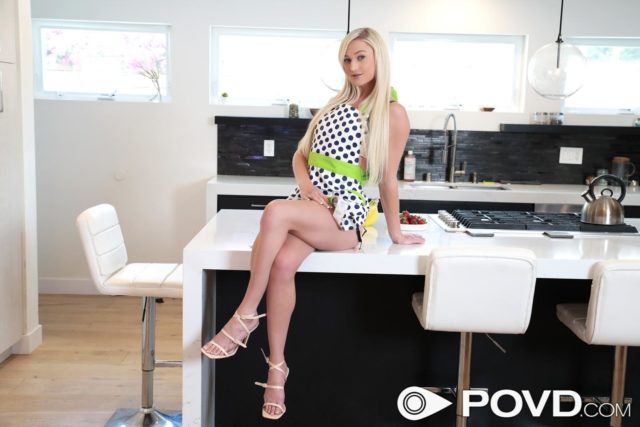 “Women take charge in Deeper’s newest collection of vignettes. A betrayed wife makes her husband fuck with his mistress in front of her before she joins in. A seductive domme lends her slave out for her visitor’s pleasure. Two roommates play a game with a boyfriend caught spying, and finally, one woman pulls another toward the outer limits of sex as she describes to her what a kiss might do. All pull their partners into submission in the natural course of taking what they came for…Roommate matters run most smoothly when they tread lightly near each other’s partners, and when Morgan catches Paige’s boyfriend spying on her, she thinks she’s doing Paige a favor by showing him as the culprit he is. Paige is unrelenting though. She makes him finish the crime. Then she punishes him in biblical fashion—an eye for an eye”. 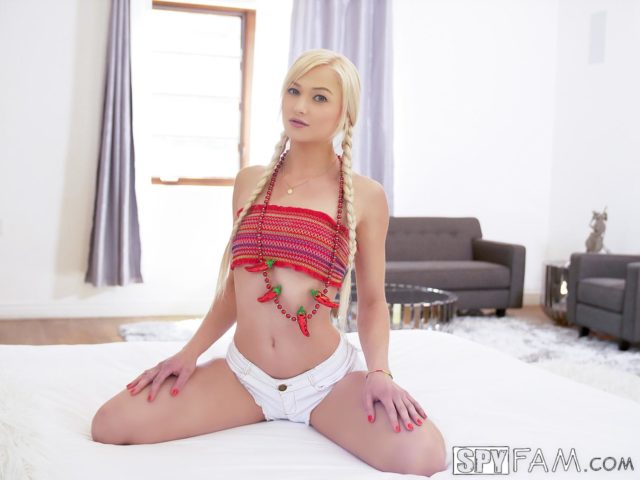 Hold on, it gets even better. Alongside her hot hardcore collaborations, Morgan Rain is a fan-favorite girl/girl performer who has already starred in several amazing all-girl porn productions. You’ll love viewing Morgan Rain’s steamy Gorgeous Babes Jaycee And Morgan Live shoot with Jaycee Starr that was first broadcast via Cherry Pimps’ Wild On Cam web channel in August 2019, her sizzling Let Me See You Squirt scene with Katy Jayne for Girl Girl in October 2019, her thrilling Swimsuit Show-Offs three-way with Athena Faris and Scarlett Sage for Girlsway/Web Young in October 2019 and her sensual scene with Scarlit Scandal in the Girlfriends Films release Cheer Squad Sleepovers #32 (2019) featuring Natalia Queen, Emma Starletto, Athena Faris, Verronica Kirei, Savannah Sixx and Veronica Valentine. Naturally, Cheer Squad Sleepovers #32 was an instant hit which was highly recommended by Adult DVD Talk critic Captain Jack who stated in his October 2019 film review that;

“Girlfriends Films returns to the cheerleading camp with 8 young girls who get their lesbian fix in. Natalia Queen, Emma Starletto, Morgan Rain, Scarlett Scandal, Athena Faris, Verronica Kirei, Savannah Sixx and Veronica Valentine are the young girls who look great in their cheerleaders uniforms! And out of them too!…This was a hot release from Girlfriends Films. Emma and Natalia were tremendous together! Damn, these young girls were really into each other. Morgan and Scarlett were very good together. Savannah and Veronica were hot! And Athena and Verronica had great chemistry. Very good release!”.

“I picked the women specially for being flexible and fit. I wanted the girls to look like they were actually at a yoga retreat. It was called ‘Serene’s Sanctuary’ where we all explored the realm of yoga and meditation…Yogasms are a real thing and I touch on them lightly throughout this movie. I am the instructor [leading] the girls through some initial exercises; then they work on their Kegels and, eventually, work on each other. [The film is the follow-up to Serene Siren’s directorial debut Fit Chick Clique which premiered this summer on the Girlfriends Films membership website] Although it has a similar style to Fit Chick Clique, it is much more calming and mellow. The sex is hot and even features both a shower and a bath scene after sex. I’m so proud of how well the girls did, and I think everyone will love it!”. 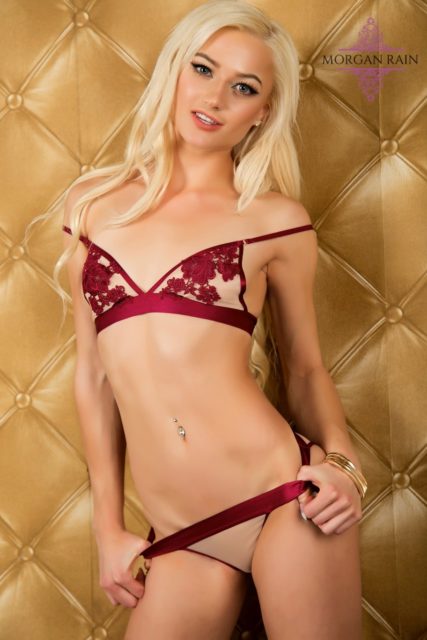 “Morgan Rain is easily distracted. She’s been daydreaming about riding on your dick all day long and her fantasy made work nearly impossible. Only a deep dicking can get her back on track but time is limited. Will you rise to the challenge and give Morgan the midday quickie she needs to succeed? When it rains, it pours and you’re about to get soaked to the bone…Morgan really surprised us by adding her own delightful brand of dirty talk. Considering this was her debut scene with us, she did a fantastic job keeping the audience engaged inside the 180-degree environment”.

“Hey Baby! It’s your girl Morgan Rain :). This is the place to find all my exclusive content, and get to know the real me. I post on my snapchat every day, and make sure to give you a fun variety of shows. I love to get naughty, so please send me all the dirty pics/vids you want! We can even direct message! When you send me a special tip, I like to thank you by sending you a personal snap. Talk to you soon!  Morgan Rain”. 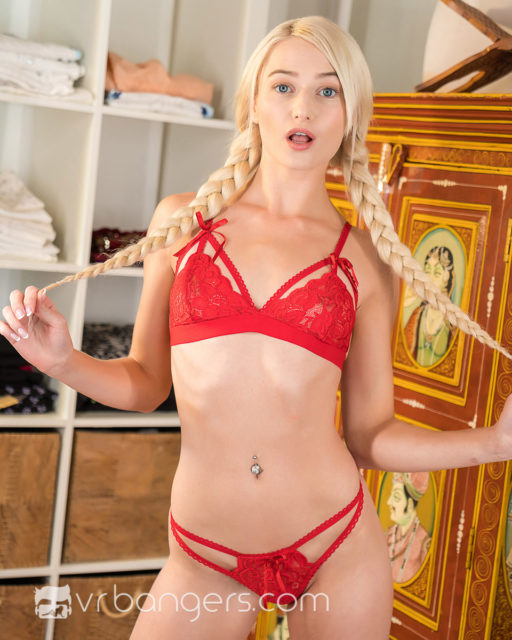 Want to stay updated on all of Morgan Rain’s hottest sex scenes, compelling web content and sensational live cam shows? Then use the links provided below to stay connected with sexy rising starlet Morgan Rain!