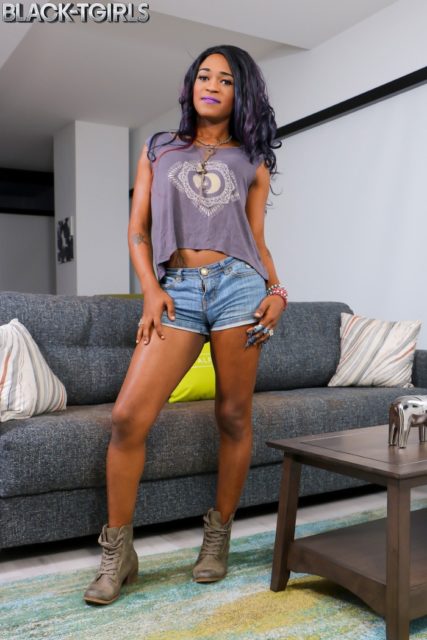 Tattoos : Japanese characters on the insides of her forearms (just below her elbows), a spiral tribal design on her upper left arm and a skull with a rose in its mouth on her upper right arm with ‘Loved ones’ script underneath it 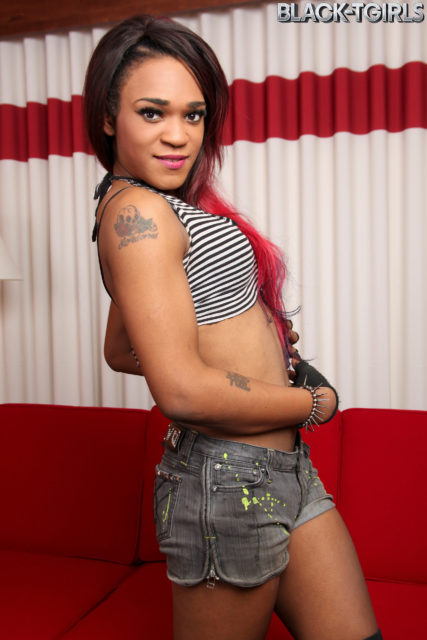 “One of the hottest tgirls to watch out for here in Grooby is Fuchsia Foxx. She has more surprises prepared for all of us to look forward to. And for her first scene, watch as she strips off her clothes and naughtily plays…Enjoy!”.

From this point onward, Misty started to collaborate with prominent photographer KilaKali on several saucy scenes for Black TGirls. We recommend checking out Misty’s alluring Pretty And Flirty Fuchsia! solo shoot in March 2017 and her raunchy Fuchsia Foxx Gets Her Ass Pounded! hardcore scene with Mini Stylez in June 2017. Misty’s sizzling Black TGirls scenes have earned her an ardent endorsement from KilaKali who conveyed via Misty’s official Grooby profile how;

“Misty Foxx is a woman that I have known for a while now. She has a webcam show that I moderate for her. She has the longest tongue that I have seen this year…Her sex drive is non-stop! Misty likes guys, cis gender and other TS girls. Hopefully we can make that happen with her in the near future. A real laid back and awesome new find that I am sure you guys will enjoy”. 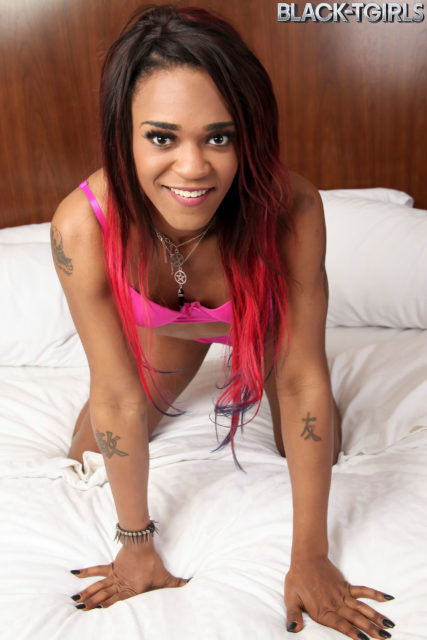 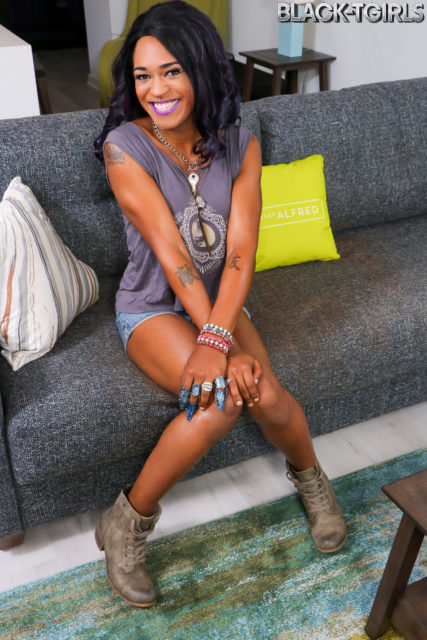 Eager to explore even more of Misty Foxx’s hot hardcore collaborations? Then you’ll love watching her raunchy Bed and Breakfast with Extras and Who Needs Boys? Let’s Fuck! role-plays with Kira Crash that were released via TwoTgirls.com in January 2018. These saucy scenes earned Misty and Kira some rave reviews from adult film blogger Caramel Black who highlighted in her January 2018 online review how;

“This is the follow-up to “Bed and Breakfast with Extras” where Chaturbate trans webcam model and TwoTgirls.com newbie Misty Foxx gets railed by Kira Crash! I raved about it on TS Dreamland saying, ‘The seduction sequence is cute and strangely awkward which makes the scene even hotter to me. You might see what I mean. If there was any nervousness however, I think it dissipated by the time Kira was half into sucking Misty’s cock. My favorite aspect of this update is the full nudity! Bravo director Mayumi Sparkles and thank you for presenting these models at their finest and so vividly. Great job right down to the big cumshot finale’…

So now it’s time to talk about “Who Needs Boys?! Let’s Fuck!” The most obvious difference is that Kira is the top in this update. Now Kira and Misty are even Steven. Kira is known as the most prolific top on TwoTgirls.com and if Misty becomes a regular, it’s logical to think that Kira’s duty for the site to do almost all the fucking won’t be so necessary. There are however other actresses to pick up the slack in that area meanwhile like Chanel Noir, Chelsea Marie, Coco Dahlia, Kayleigh Coxx, Chloe Wilcox, Valentina Mia, Bailey Love, River Stark and others who are also versatile. But if there’s an elephant in the room, let’s address it now. There’s now a black model that’s not mixed-race. To a lot of fans, that’s important…I can never get enough of Kira Crash and she kills it in this scene once again with Misty. I mean she fucks her silly! Misty hangs with her like a champ too!”. 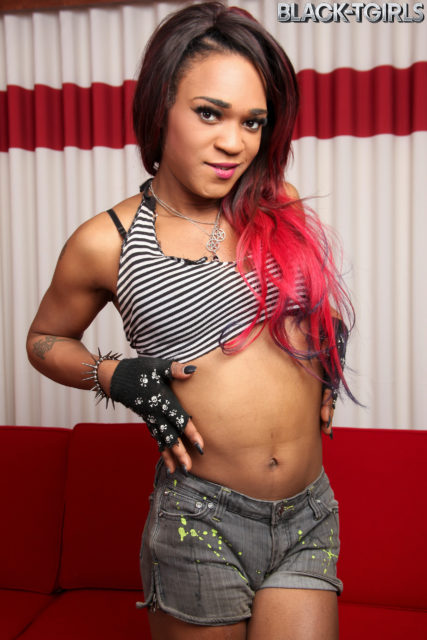 Keen to stay connected with stunning rising starlet Misty Foxx? Then use the links provided below to stay updated on all of Misty’s hottest sex scenes and lusty live cam shows!