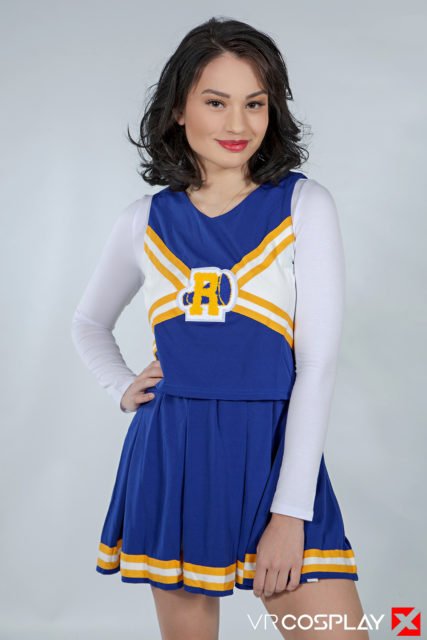 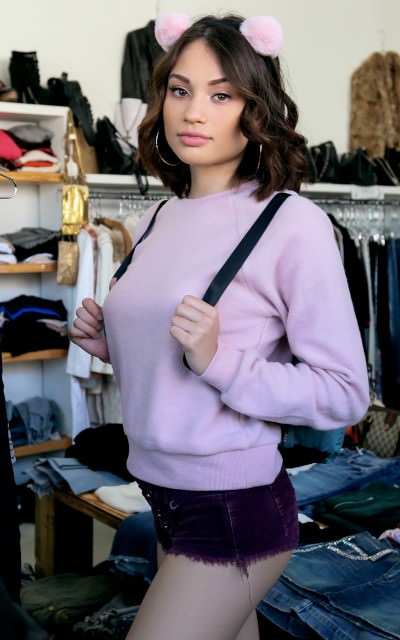 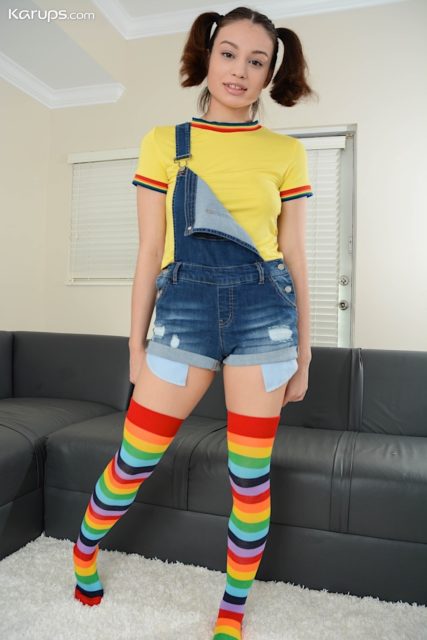 Liv Wild In Tutor In Her Cooter – Karups.com

“I was around seventeen or eighteen years old- I was a later bloomer but after that, I was full throttle. I lost my virginity, on a sofa with his grandparents and family all in the next room, it was his first time as well so he was too nervous to get hard immediately, which was my opportunity to blow him -obviously- he was my best friend growing up and someone I’ve known for almost all my life. We’re still really good friends. It’s so funny because afterwards, he couldn’t believe it was my first time, ‘you were like a pornstar or something’… the irony…I was a huge slut, a total game to see how soon I could get them in bed (or elsewhere) and of course the sex itself was always fun. It really makes for a lot of great stories Lol”. 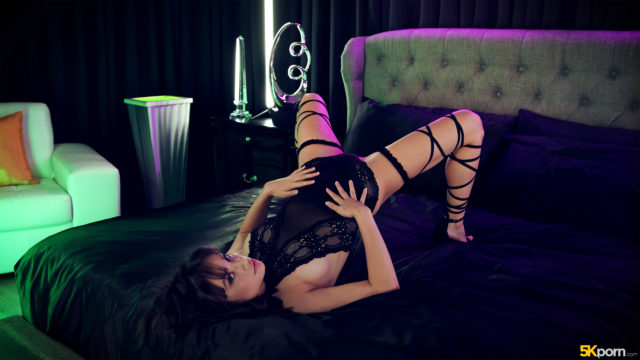 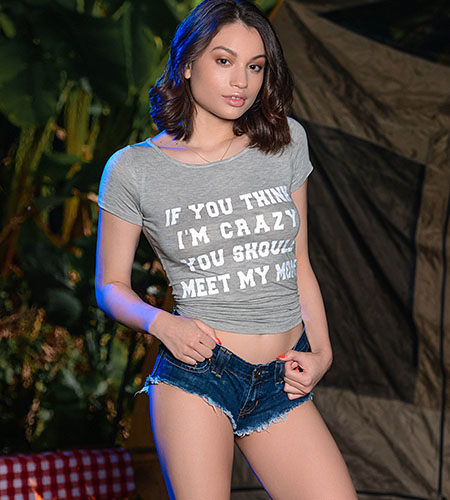 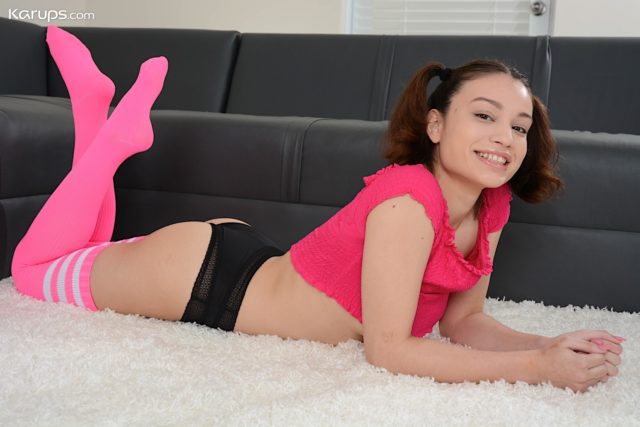 Many of Liv’s hottest sex scenes have been those that she has filmed for Team Skeet’s fan-favorite web channels. You’ll love viewing Liv’s thrilling Ripping Her Rawdog three-way with Izzy Bell and Kyle Mason which was uploaded via Teen Pies in January 2019, her amazing New Year’s Cumdown group sex scene with Chloe Temple, Paris White and Kyle Mason for BFFS in January 2019, her raunchy Stepbrother Dick Pic Drama three-way with London Tisdale and Kyle Mason that was promoted via Team Skeet’s Step Siblings web channel in March 2019 and her saucy Fucking Over Spilt Milk scene with Jay Rock which was released via Team Skeet’s Sis Loves Me web channel in May 2019. Must see sex scenes for Liv Wild fans! 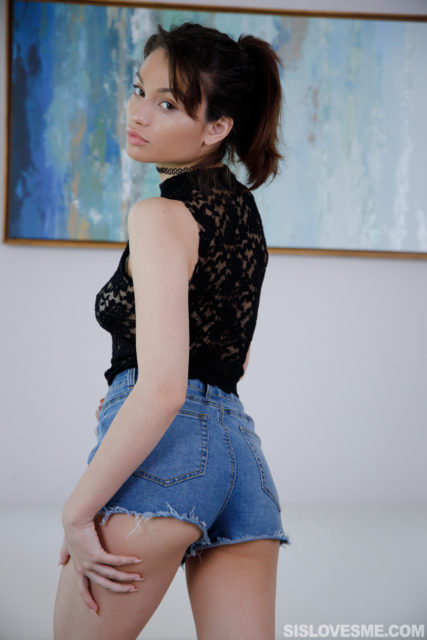 Eager to discover even more of Liv’s sizzling web clips? Then you have to check out her steamy Mechanic Girls Lick Pussy shoot with Kiarra Kai and Mia Martinez that was promoted via Girls Gone Wild in March 2019, her raunchy Coupledom Part 1 group sex scene with Janice Griffith, Markus Dupree and Oliver Davis for Deeper.com in April 2019, her sizzling Liv Gets Wild scene for Nympho.com in May 2019, her saucy Love Note oral scene with Alex Jett which was uploaded via Only Teen Blowjobs in June 2019 and her sensual Liv Wild In 5K scene with Ryan Madison that was released via 5KPorn.com in June 2019. 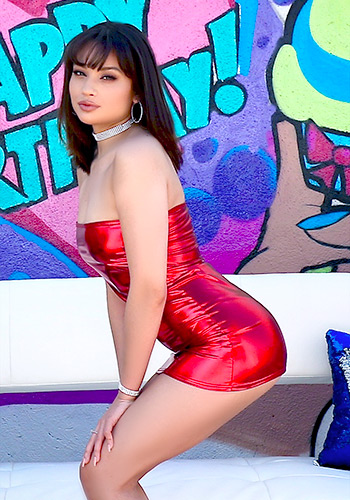 “Missionary is my favorite position, I love the intimate connection- eye to eye, the breath on my skin, all of it. I love intimate sex, with chemistry and connection, I would take that over hardcore anyway- even though I do love it a little rougher sometimes as well. My turn-ons include- Neck kisses, choking, moaning, etc…I LOVE creampies! If I had to pick a favorite place for a guy to cum, I’ll always say it is a hard decision- but inside me, every time. I love how it feels, again, super intimate to me. The pulsing of his cock inside me is one of my favorite sensations and seeing his face when he does is one of my favorite feelings”. 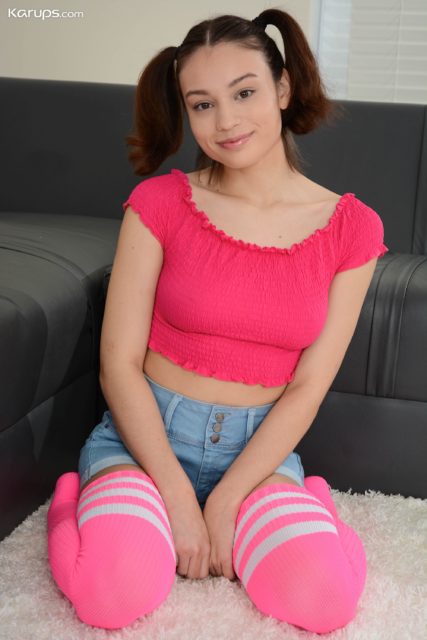 “You’ve always admired Betty and Veronica’s friendship. Plus word on the street is that they made out during cheerleading auditions and you simply can’t get that image out of your head. Veronica’s confidence is undeniably sexy, and Betty’s innocence is the perfect yin to that yang. They’ve both had feelings for you in the past, but today, they realized that there’s no reason they can’t both have you. Archie, it’s your lucky day because these girls come as a package deal and both these boxes are wet for your dick. Get ready for the threesome of a lifetime and let these two babes suck and fuck you until you’re ready to shoot your load across the both of them”. 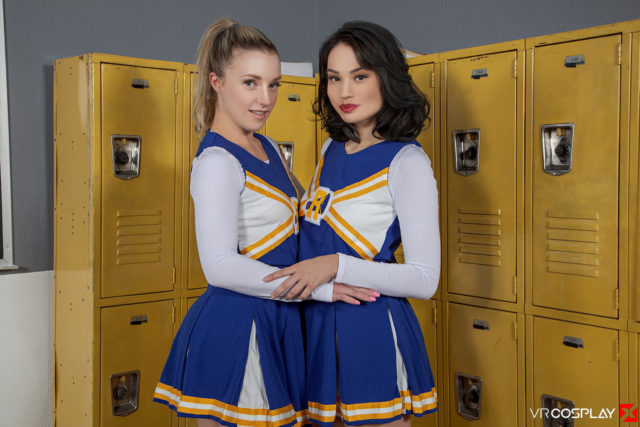 “This is the big one. We wanted to create an engaging story with a fantastic ensemble cast that we peppered with big-time veterans like Brad Armstrong and some of the cutest new starlets”. 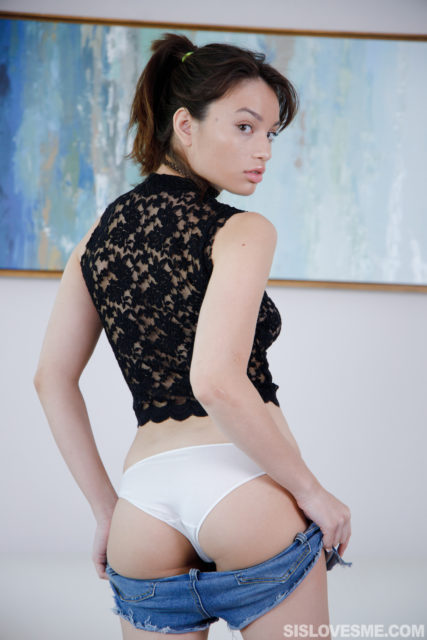 Keen to stay connected with rapidly rising starlet Liv Wild? Then use the links provided below to discover all of Liv’s hottest sex scenes, exclusive web content and upcoming productions!

The Nude : Liv Wild at Nude.EU