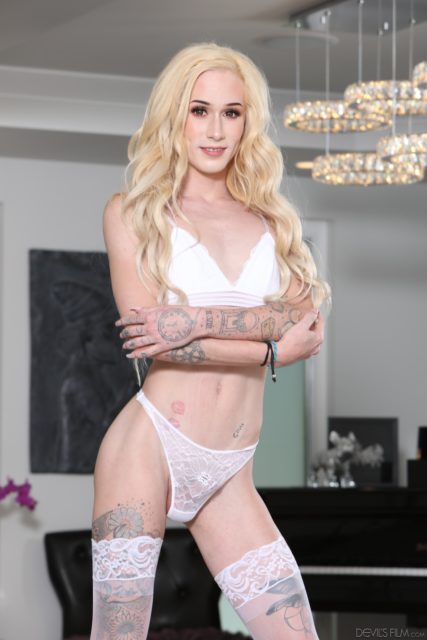 Tattoos : Various hearts, flowers, clock, stars, cheese, bunny and roman numerals designs across her left arm and hand, lipstick kisses on the right side of her lower abdomen, a compass and feather design on the inside of her right forearm, a ship’s wheel on the outside of her right forearm, several key, dollar, diamond, horseshoe and cross symbols on the fingers of her left hand, a large dragonfly design across her left thigh, various dagger, moth, feather and stars designs on the front of her lower right leg and foot, a pair of theatre masks surrounded by flowers across her right thigh and a small flower with script on the inside of her lower left leg (just above her ankle) 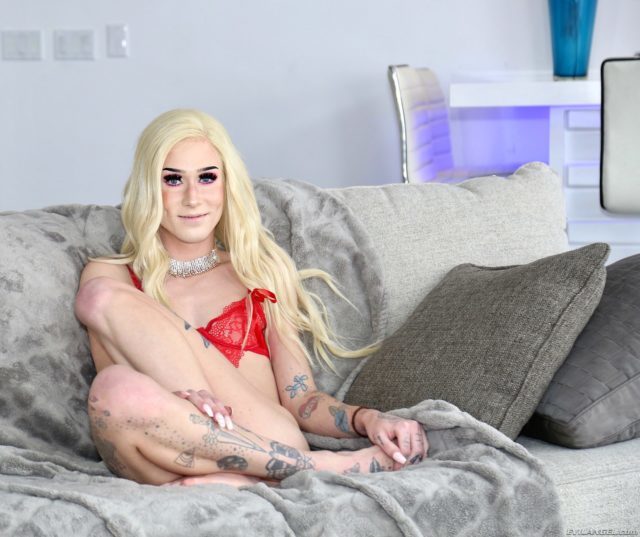 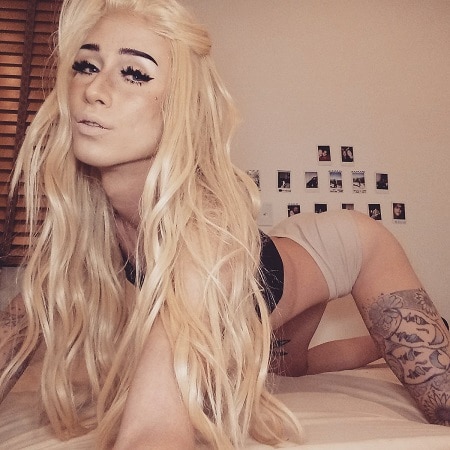 “On Buddy Wood’s TS-CastingCouch.com, Jenna takes a seat wearing a sweatshirt, shorts and socks, looking purely innocent. She tells us she’s from Orlando, Florida in a brief opening interview and that she just moved to L.A. She’s been webcamming for about two years (and that’s where I know her from – Chaturbate.com/JennaGargles and she’s amazing to see LIVE…Jenna is also pretty awesome to watch here on video. She talks about what she likes to do sexually and what she fantasizes, yet hasn’t done yet. She mostly likes to be dominated, but she can switch roles with the right person…As Jenna becomes more established in the adult industry, she’d love the experience of working with some of her favorite porn stars. The interview wraps up when Buddy asks Jenna to show more of herself. She stands up, as directed, and jumps right into striptease mode. Jenna turns it on in a flash (no pun intended)!”. 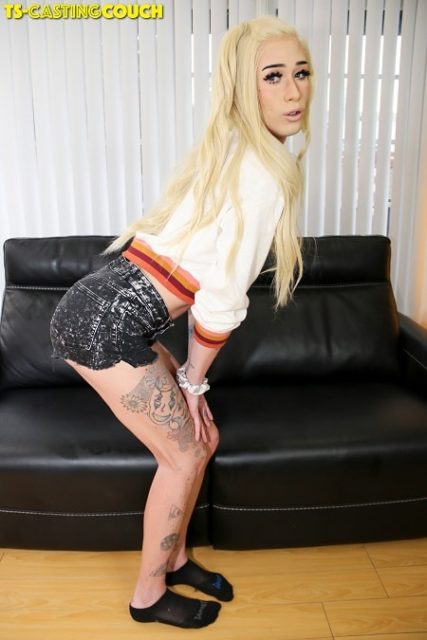 “My December 16, 2018 TS-Casting Couch Review of Meet Hot Blonde Jenna Gargles sums up how I feel about this webcam performer who’s now a major studio model. She debuted on Buddy Wood’s TS-CastingCouch.com and now she’s on Femout.xxx…The first thing I notice is that she’s wearing white lace like she had on in her casting couch shoot. It inspires a sexy little flashback, but she’s in the kitchen this time also wearing a black mini-skirt. Her legs and feet are bare…I don’t know if it’s the natural or developed talent she taps into from her LIVE shows on Chaturbate.com/JennaGargles or what, but this is one of the finest Femout.xxx debuts I’ve seen in recent history”. 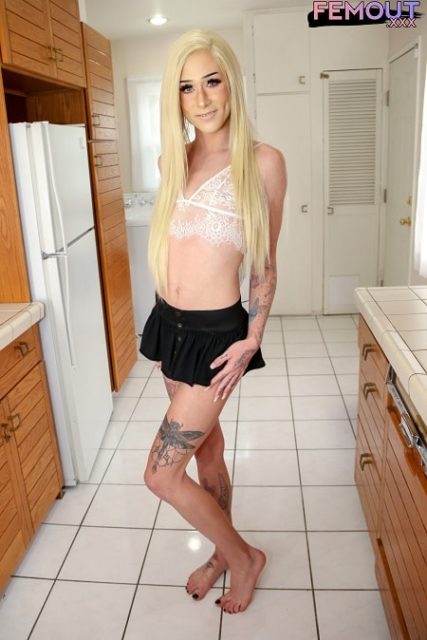 “I don’t remember how Buddy met Jenna, but I’ve enjoyed witnessing her stardom increase from Chaturbate live cam broadcaster to major studio star with her debuts on TS-CastingCouch.com, to Femout.XXX and now on GroobyGirls.com. This is her third performance here and it’s absolutely incredible!”. 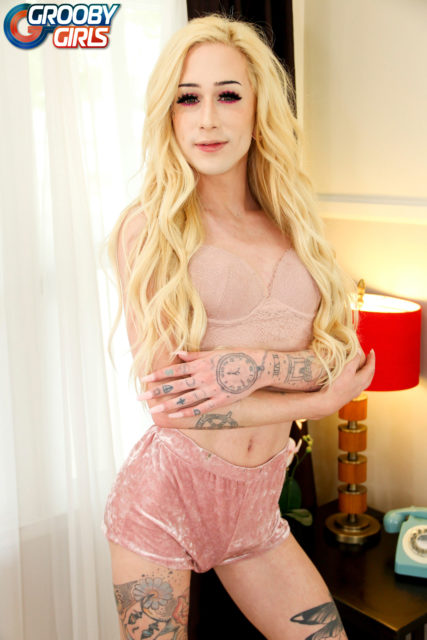 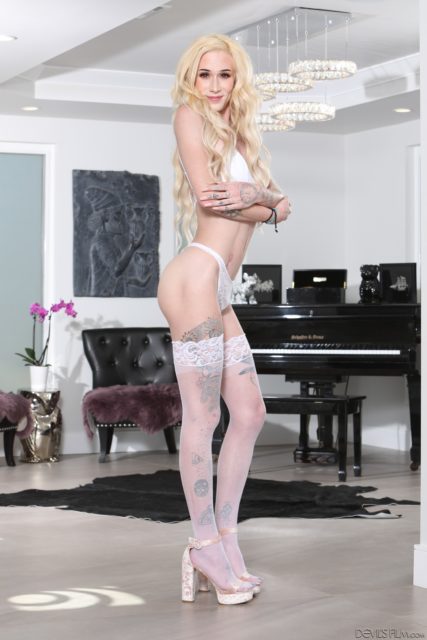 When she isn’t shooting these sizzling sex scenes, Jenna enjoys chatting with her fans via social media, creating new content for her official OnlyFans account and hosting lusty live cam shows via Chaturbate (as ‘Jennagargles’). So what are you waiting for? Use the links provided below to stay connected with your favorite rising starlet Jenna Gargles!