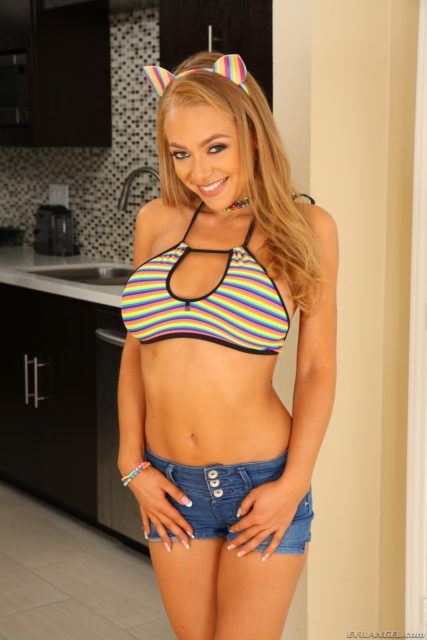 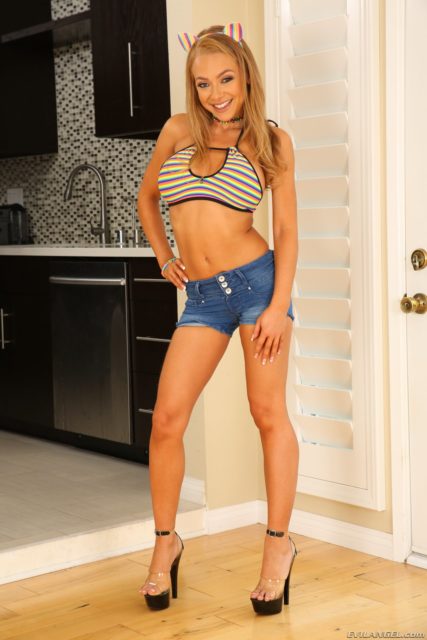 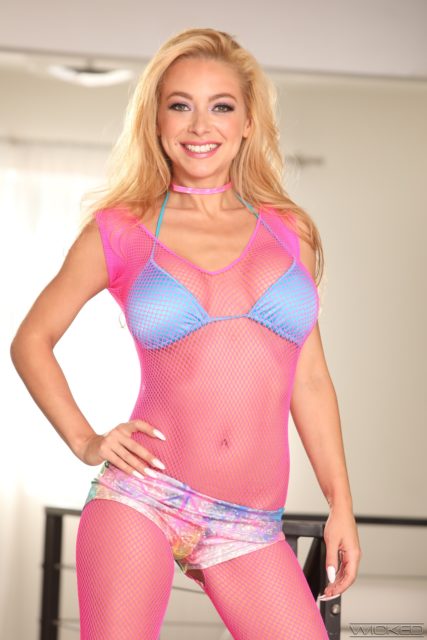 So where did it all begin? Honey Blossom was born in Hartford, Connecticut, but she grew up in Kilauea, a community in Kauai, Hawaii. Honey lived on a tea and goat farm with her mother and she explained in her September 2019 AVN: Fresh Faces interview how she;

“Raised green, white and black tea and sold it to stores on the island. Also goat milk. All of it organic”.

“Ricky Spanish is too big a brat to be left home alone so, his parents have decided that drastic times called for drastic measures…That’s why they’ve hired Honey Blossom AKA. The Hardcore Nanny! With a 100% succession rate, Honey promises any of her would be employers that there is no disobedient punk she can’t mold and mentor into a truth worthy, law-abiding young adult! Though her methods are a little unconventional, Honey promises to get the job done…and have a little fun in the process”. 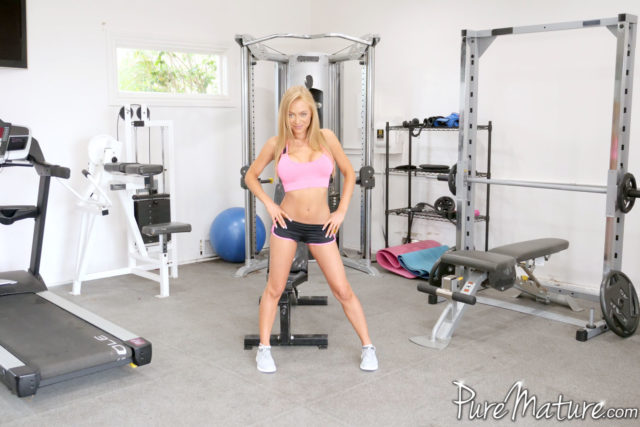 Fans of Honey Blossom will also love watching her kinky Operation Prank Stepmom scene with Wrex Oliver which was promoted via Team Skeet’s Perv Mom web channel in June 2019, her titillating Shoplyfter three-way with Nikki Peach and Ryan McLane in July 2019 and her sensual Voluptuous Newbie Honey Blossom Live solo shoot that was first broadcast via Cherry Pimps’ Wild On Cam web channel in July 2019. Honey has since shot a steamy MILF’s Sticky Business scene with Jake Adams for MYLF in August 2019, she filmed a sizzling Her Rent Is Due oral scene with Alex Jett for 1000 Facials in August 2019 and she shared a saucy The Session scene with Sam Shock which was uploaded via Pure Mature in August 2019. Not to be missed! 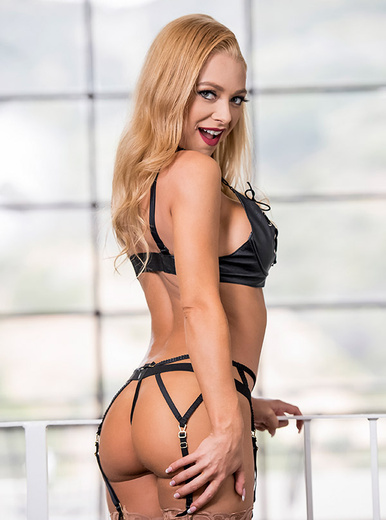 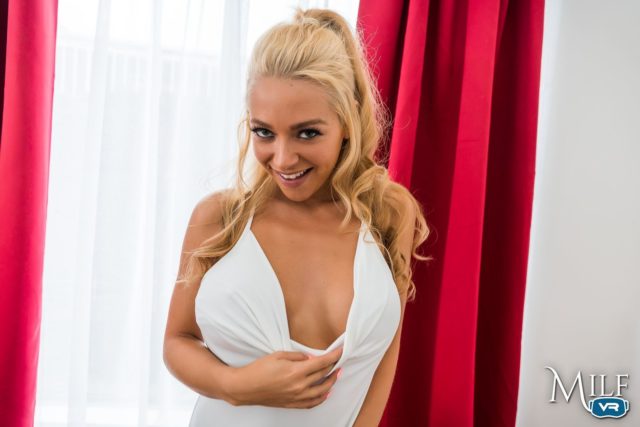 “Forget about oral…it’s time for ‘aural’ sex, beautifully captured by legendary director Axel Braun. Captain Marvel herself, Kenzie Taylor, headlines a magnificent cast of sexy girls who have a penchant for conversation during intercourse, in the fourth volume of Wicked’s award-winning series!”. 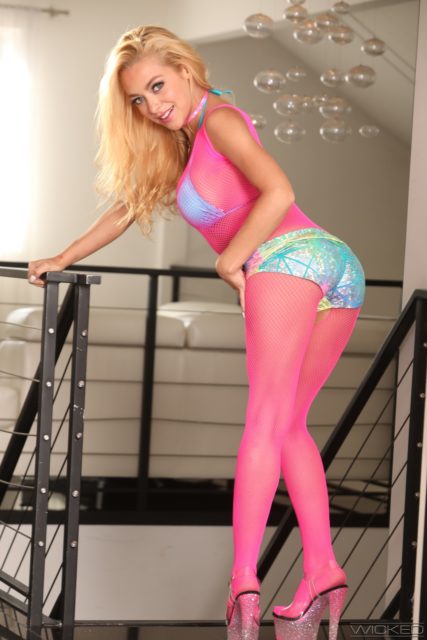 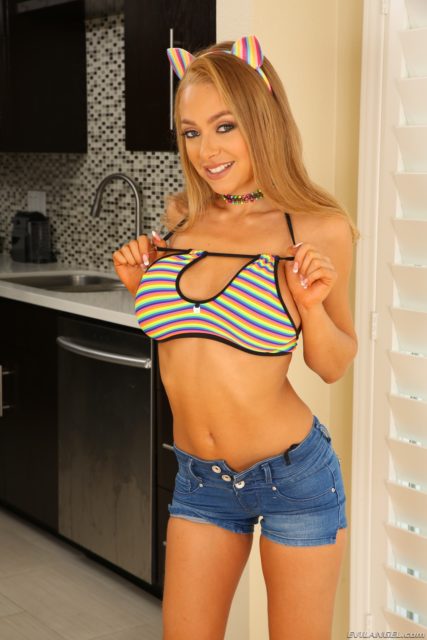 “I was coming to orgasm in cowgirl, on top of Ramon, and I was at the peak of my orgasm and he snapped my body, he turned it in half and turned me toward the camera and it completely ruined my orgasm. Instead of getting the feeling of fully coming, it snapped me back into reality. I opened my eyes instead of closing them, which is what I usually do when I orgasm. and I’m staring into the camera and going Ahh, ahh. So that was the best orgasm I ever had and also the worst orgasm I ever had. [And she’d love to do it again] I can be the MILF and Ramon can come over to clean my pool”. 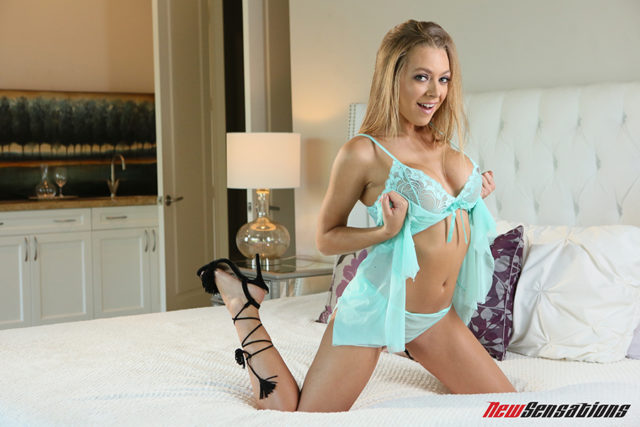 Keen to stay connected with ravishing rising star Honey Blossom? Then use the links provided below to discover all of Honey Blossom’s hottest sex scenes, exclusive web content and upcoming productions!