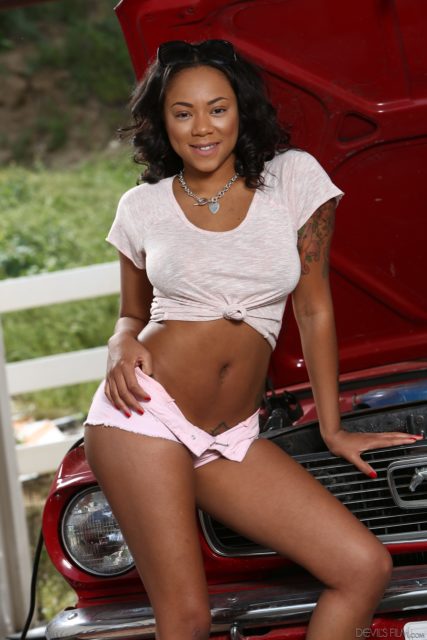 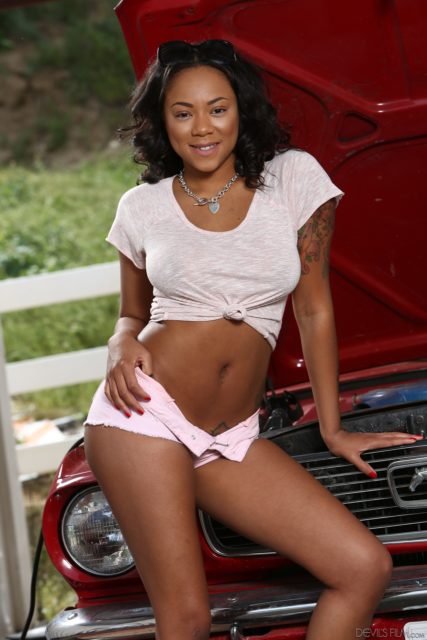 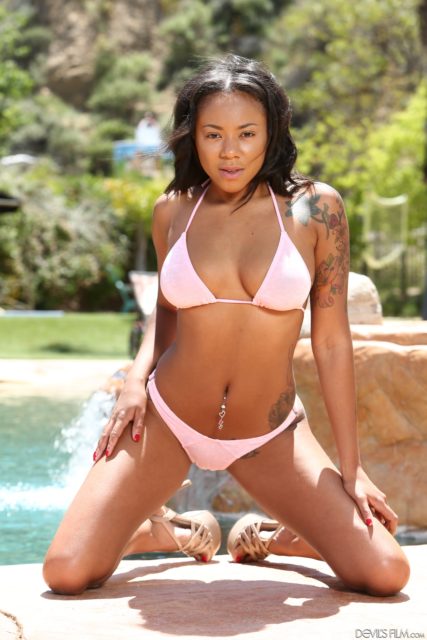 Hailing from Las Vegas, Nevada, Diamond made her official adult film industry debut in the summer of 2014. Some of Diamond’s earliest sex scenes include her raunchy Picking Up An Ebony Teen role-play for Mofos in August 2014, her saucy Petite Black Chick Fucked scene with Sean Michaels which was promoted via Bang Bros in August 2014, her scintillating A Surprise Ending and Show Me How The Pros Did It scenes with David that were both released via Team Skeet in November and December 2014 as well as her sizzling Round And Pound scene with Van Wylde which was uploaded via Reality Kings in February 2015. 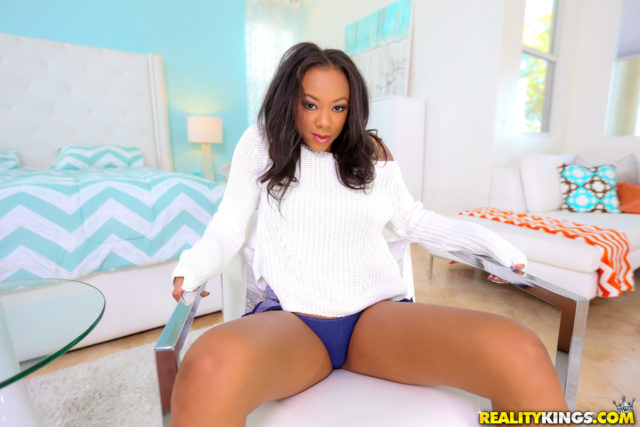 Diamond Monrow in Round And Pound – Reality Kings

You’ll be happy to hear that Diamond’s compelling web clips have been featured in several best-selling compilation titles. For instance, Diamond starred in the Mofos production Stranded Teens #5 (2015), she appeared in the Team Skeet DVDs Teeny Black Chicks Trying White Dicks #7 (2015) and Exxxtra Small Chicks Fucking Huge Dicks #12 (2015), she was featured in the Reality Kings release Brown & Beautiful (2019) and she was showcased in the Bang Bros compilation titles Brown Bunnies #16 (2016) and Ebony Cream Pie #2 (2019) alongside Chanell Heart, Cassidy Banks, Mya Mays, Skyler Nicole and Sizi Sev. Not to be missed! 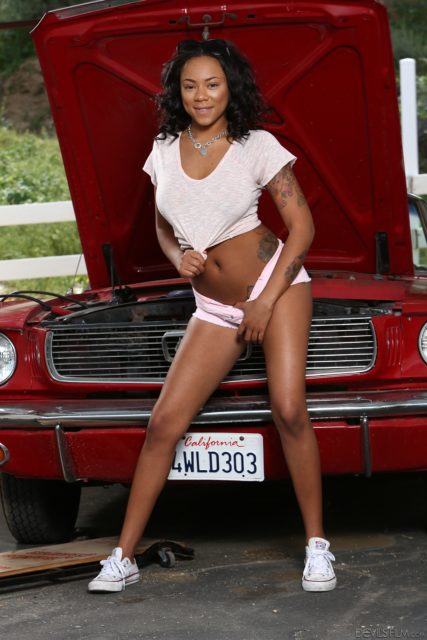 During this time Diamond started to appear in a wide range of fan-favorite movies. You’ll love watching Diamond’s steamy scenes in the West Coast Productions release Booty Talk #100 (2014), her titillating scene in the Kick Ass Pictures movie Black Bi Cuckolding #26 (2015) and her thrilling three-way with Serena Ali and Chris Strokes that was featured in the Dogfart production We Fuck Black Girls #4 (2015). Directed by Billy Wilson and also starring Adriana Maya, Anya Ivy, Cherry Hilson and Lisa Tiffian, We Fuck Black Girls #4 was highly recommended by XCritic column writer John Boy who stated in his December 2015 film review that; 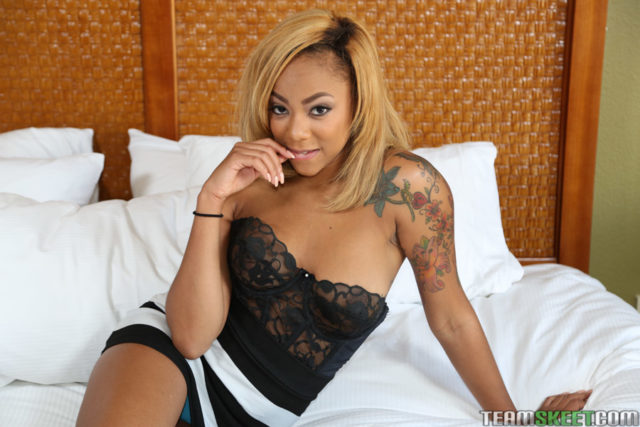 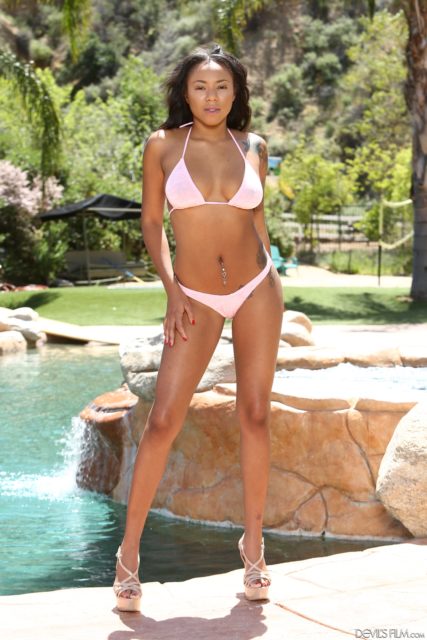 Keen to stay connected with curvaceous cutie Diamond Monrow? Then use the links provided below to discover all of Diamond’s hottest sex scenes, exclusive web content and upcoming projects!

The Nude : Diamond Monrow at Nude.EU