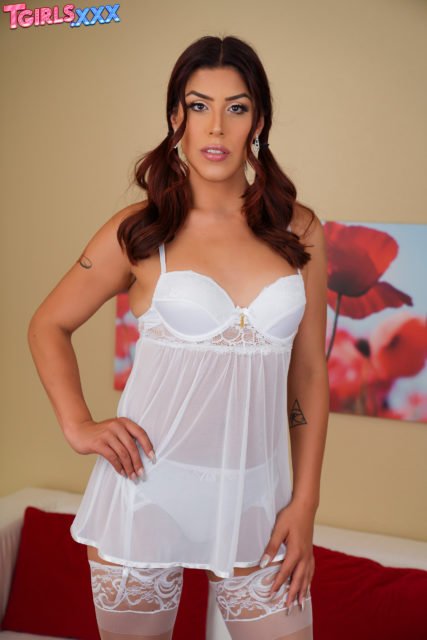 Tattoos : A flame and infinity symbol on her upper right arm and a triangle design on the inside of her left forearm 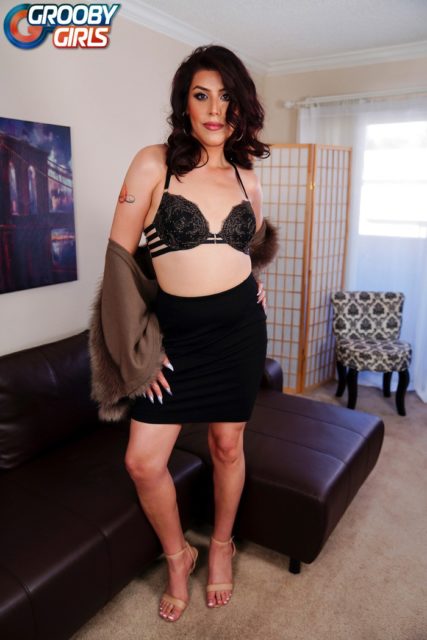 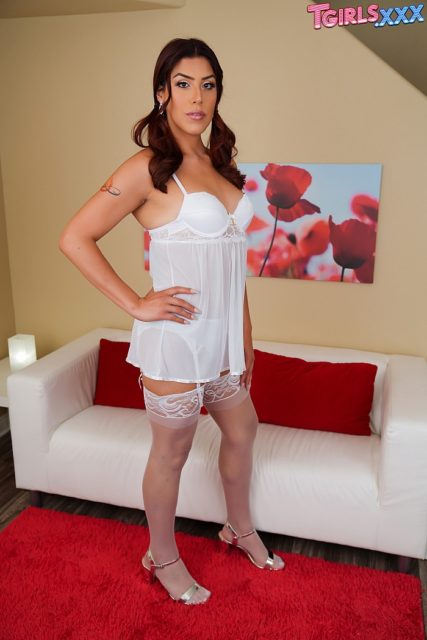 “Gorgeous Crystal M for the first time on Grooby Girls! This cutie was discovered by Buddy Wood in Los Angeles and she was introduced to the world two months ago when she made her debut on TS Casting Couch. Now, Buddy brings her back for her Grooby Girls debut and she looks gorgeous! She really enjoys being in front of the camera and she’s eager to show off her curvy body and her beautiful natural boobs!…

Los Angeles beauty Crystal M returns for her second scene! Introduced to the world by Buddy Wood, this sexy girl made her Grooby Girls debut two weeks ago, now she’s back for a follow-up solo scene! She looks gorgeous dressed in that sexy black dress! Watch her stripping down to show her sexy curvy body”. 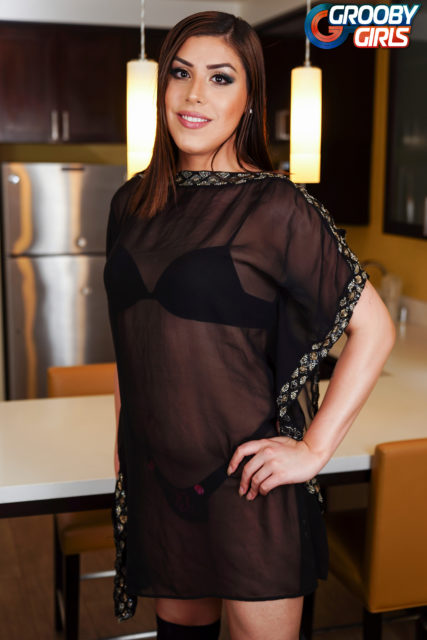 “Her producer for this set is Radius Dark who also captures Crystal’s beauty superbly. She suggests that while dressed in this outfit you could have sex with her on your office table. She says it’s been so long since anyone has touched her 6’2″ body…She talks incredibly seductively through her striptease and gazes at you with a set of big brown eyes that could just make you melt…Crystal makes you wait so long before you get to see her with nothing but her tall sandals on. But it’s so well worth the wait!”. 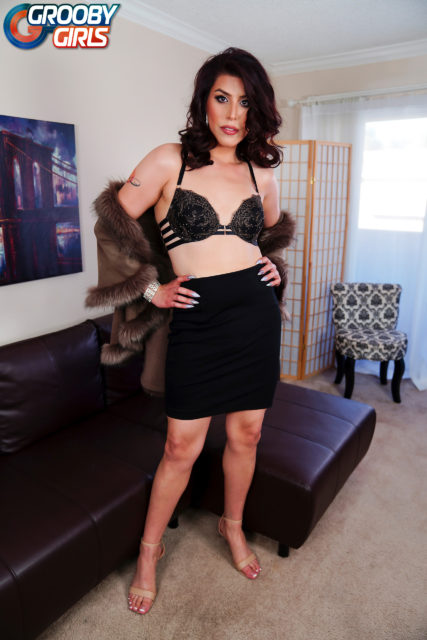 Hold on, it gets even better! In recent months Crystal posed as the cover model for the second issue of the new Grooby Girls digital magazine. As Grooby Network CEO Steven Grooby explained in an October 2018 press release;

“The second issue of Grooby Girls includes a fun interview I did with our cover model, Crystal Malone…We’ve also included information and resources we found relevant to share with our performers. Although this magazine is mostly aimed towards our Grooby Girls, we’ve included lots of fun content for our fans as well”.

Eager to explore even more of Crystal’s sizzling sex scenes? Then you’ll love immersing yourself within Crystal’s intensely alluring UP-ASS virtual reality experience that was released via VRB Trans in June 2018 as well as watching her sensual scenes in Rodney Moore’s Transational Fantasies #6 (2018) and her raunchy role-play with Dante Colle in Transsexual Hitchhikers (2018) for Gender X starring Khloe Kay, Jamie French and Valentina Mia. 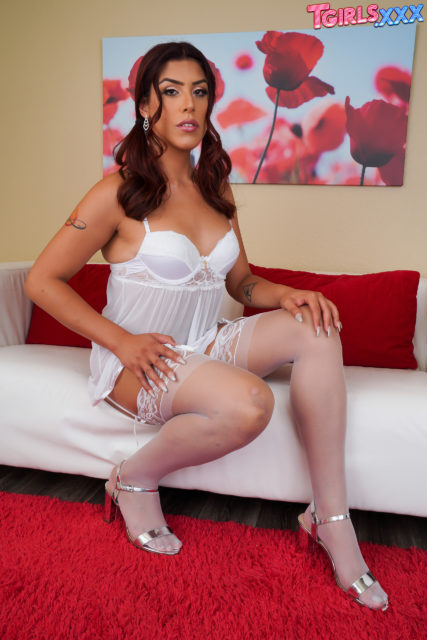