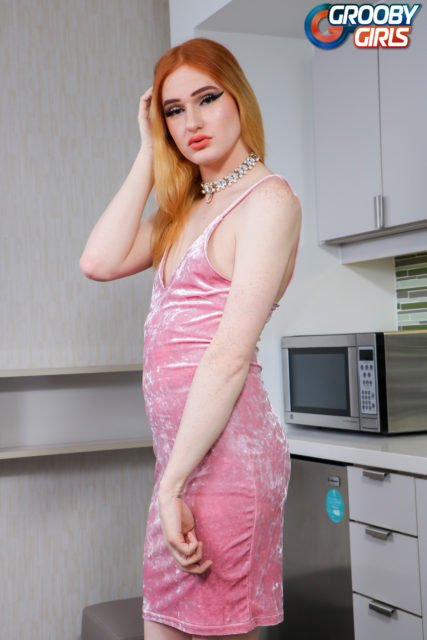 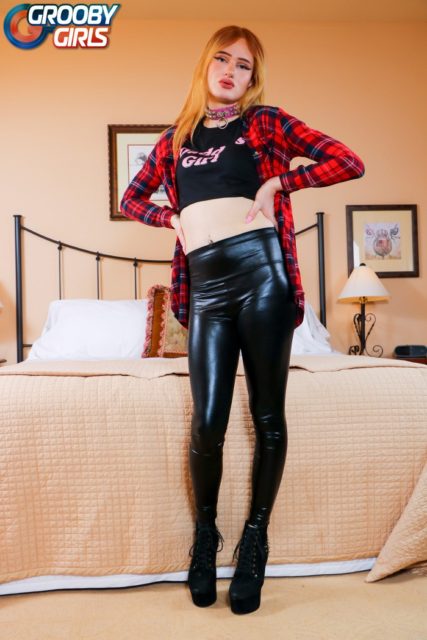 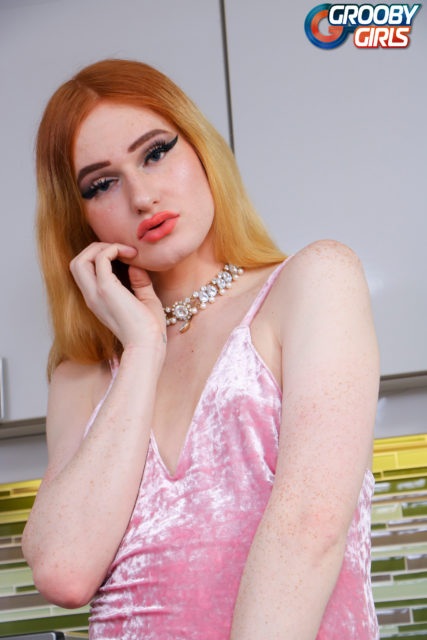 “I think I have a sort of intangible built-in porn alarm in my head that tells me a scene is going to be a top favorite before I actually see it. Just hearing about the new hardcore set with CoCo Dahlia and Candy on TGirls.Porn set it off and it’s still ringing somewhere in the background since the release. Have you seen the extended free trailer, streamed or downloaded this instant classic yet?…This display of transbian intimacy hits the ground running as Candy models her new sexy outfit for CoCo in the kitchen. CoCo is suddenly aware that she’s being a little forward with her admiration of Candy’s killer ass, but her friend doesn’t mind. To let her know that she rather likes the attention, Candy exposes one of CoCo’s pretty boobs and it’s basically on after that move…

They start tongue kissing. It’s electrifying. So is Candy’s high-pitched voice and one of CoCo’s trademark squeals once she feels a tongue swirling around one of her sensitive nipples. I’ve heard Coco’s sexual noises a couple of times before, on Grooby Girls and here on TGirls.Porn. The response from Candy’s Black-TGirls.com debut generated the most favorable response from members I’ve seen in ages. Producer Omar Wax is a talented and lucky man to capture this brilliantly conceived pairing”. 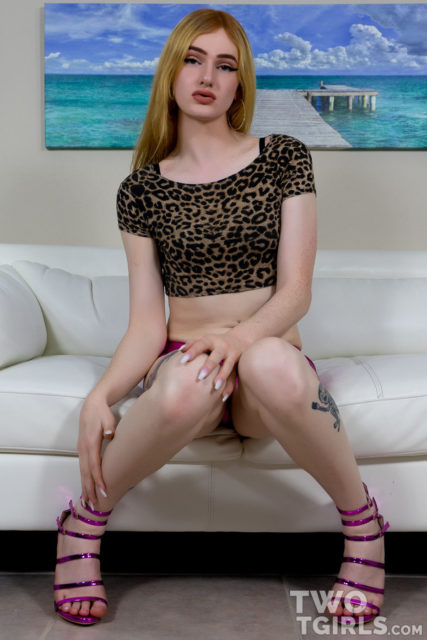 Eager to explore even more of Coco’s compelling Tgirls.porn collaborations? Then you’ll love watching her scintillating scene with Valentina Mia in January 2017, her compelling collaboration with Jenny Flowers in April 2017 and her titillating shoot with Robyn Flightsy in December 2017. Coco’s captivating Tgirls.porn collaborations have earned her many ardent endorsements from Caramel Black who eagerly expressed in her December 2017 TS Dreamland review that;

Next up was a scene with blazing hot Jenny Flowers and now she’s with gorgeous Robyn Flightsy of New Mexico who flew to Houston for this shoot. Mr. Wax introduced us to Robyn on AsianAmericanTGirls.com and her “Very Very Naughty Robyn Flightsy!” encore in July of 2017. As a Coco fan from her amateur days and through her major studio work also on GroobyGirls.com, I knew she’d knock this one out of the park”. 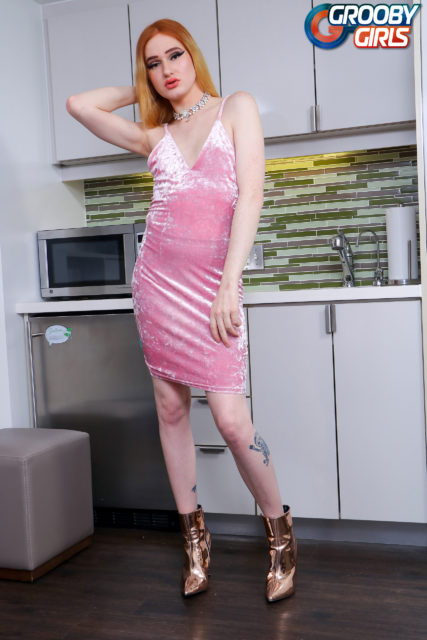 During this time Coco started to shoot some steamy scenes for TwoTGirls.com including a saucy Strippers With Matching Outfits Fuck scene with Kira Crash in August 2017. Coco has since filmed a raunchy Online Hookup role-play with Bailey Love in September 2017 which was featured in the DVD compilation title Two TGirls #4 (2017). Not to be missed!

Most recently, Coco has filmed a sensational scene with Melanie Brooks that was promoted via Tgirls.porn in August 2018. Coco has also worked with Omar Wax on some sensual Gorgeous Coco Dahlia! and Coco Dahlia’s Creamy Load! solo scenes in February 2018 as well as a raunchy Coco Dahlia & Kai Fuck Hard! romp which was promoted via Grooby Girls in March 2018. Must see sex scenes for Coco Dahlia fans! 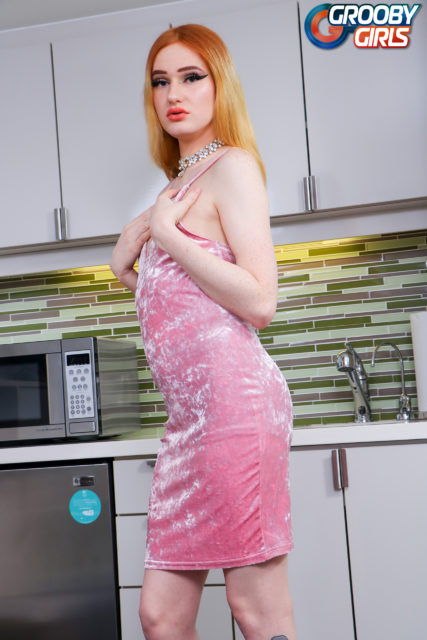 Want to keep yourself updated on all of Coco’s sauciest sex scenes and exclusive web content? Then use the links provided below to stay connected with your favorite strawberry blonde stunner Coco Dahlia!