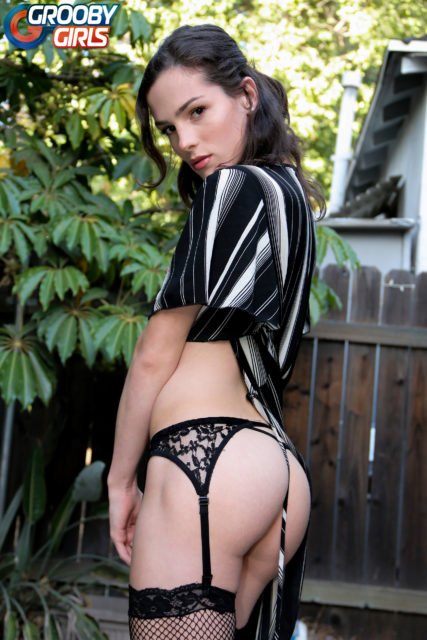 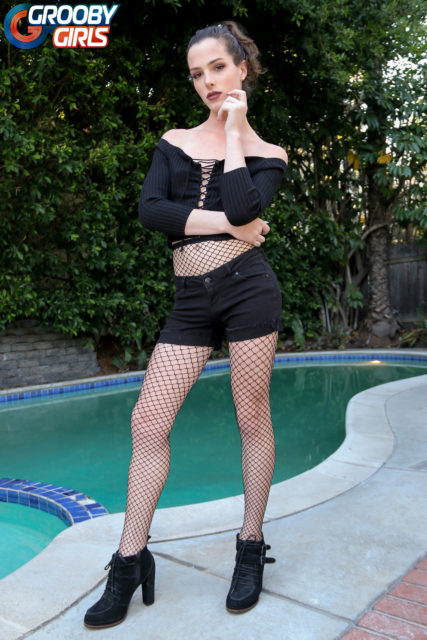 “Carrie Emberlyn is about as sexy and desirable as they come. I think she’s incredible and one of the hottest new girls to come out this year. Slim and petite and incredibly gorgeous from head to toe. She’s flirtatious and funny and a very talented. That face!!! And that ass!! It’s just too much. You’ll be seeing much more of Carrie Emberlyn”. 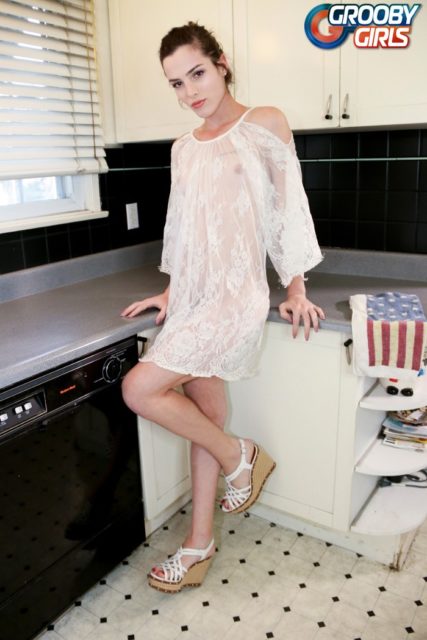 Following a brief hiatus, Carrie returned to Grooby Girls in December 2017 with a kinky Xmas Special: Carrie Emberlyn! scene. This fun solo shoot was directed by Buddy Wood and released via Grooby Girls with the tantalizing description;

“It just happened: Carrie Emberlyn is back! You’ve been asking us to bring Carrie back for a year now, so here she is right on time: to celebrate Christmas with us! We still remember how amazed we all were when this cutie made her debut. A year later, we are amazed even more: Carrie is back looking even more beautiful! She’s absolutely stunning! You just have to fall in love with that pretty face and that amazing smile! She looks super sexy in her cute Christmas sweater and she is eager to show it all to you again!…We are excited to have her back!”. 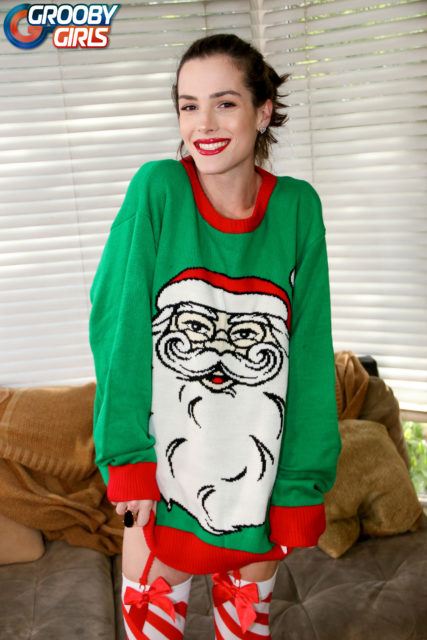 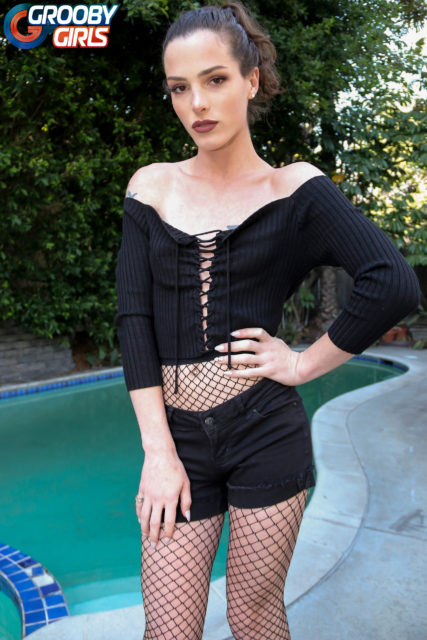 Want to keep yourself updated on all of Carrie’s sauciest solo scenes and exclusive web content? Then use the links provided below to stay connected with your favorite brunette beauty Carrie Emberlyn!