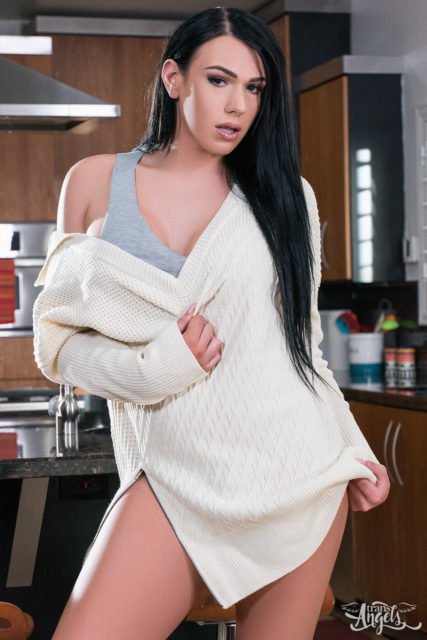 Tattoos : ‘Daddy’s Girl’ script on her right butt cheek and a detailed wolf in a forest design across her upper left arm

Aspen Brooks is a critically acclaimed adult film star, cam girl and glamour model who made her industry debut in 2015. Over the years, Aspen’s sensational scenes in many Grooby, Devil’s Film and TransSensual movies have earned her a devoted global fan base as well as several “Transsexual Performer of the Year”, “Best New Face” and “Best Solo Model” nominations at the AVN and Transgender Erotica Awards. 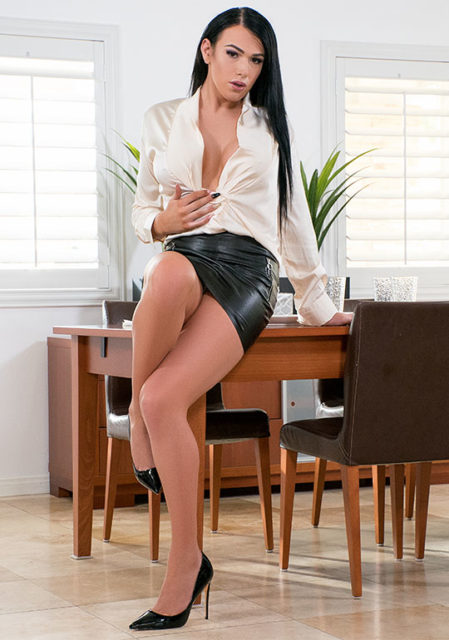 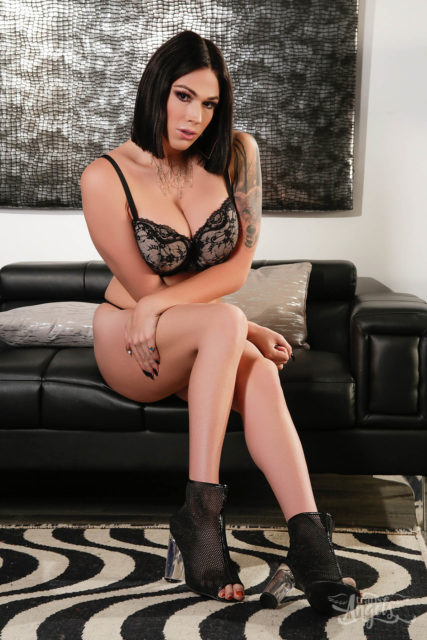 “This was also my first time working with Aspen Brooks, who I actually named!…She’s a brand new performer, and I absolutely adore her. She reminds me of an old movie star from the 40s or 50s. She has such a fresh-faced quality and such innocence. You can expect to see a lot more of her at TransSensual”.

“The debut performance of newcomer Aspen Brooks will catapult her stardom into the stratosphere amongst the top new adult industry performers this year”. 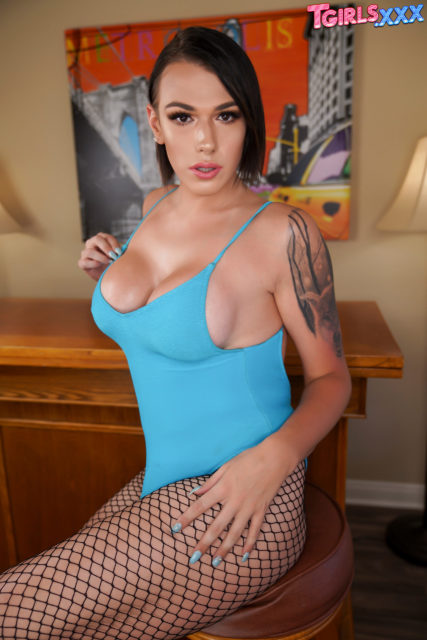 “Aspen Brooks reminds me of a Marilyn Monroe type — breathless and innocent and sweet — while Aubrey Kate is more of a schemer like Betty Grable or Lauren Bacall…I wanted to kind of pay homage to those romantic comedies of the 40s and 50s but with a modern feel. I think the whole cast was truly amazing and really worked as a team to create something funny and touching and very, very hot. Jaxton Wheeler and Alexander Gustavo are probably two of the best actors in adult film right now, and their sex scenes are always incredible. What more could a director ask for? This movie is everything I wanted it to be!”. 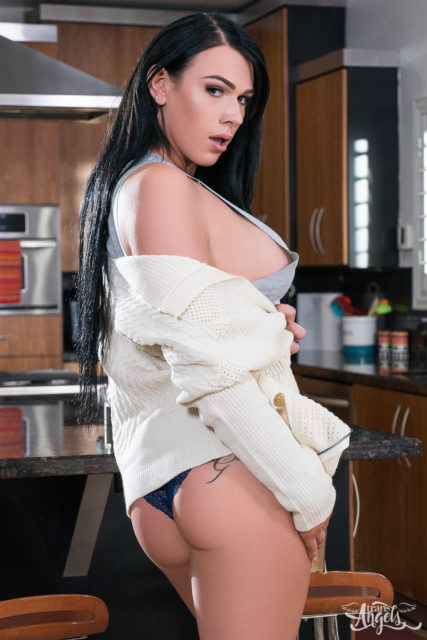 Want to know the best part? Over the years Aspen has continued to collaborate with Nica Noelle on many best-selling TransSensual movies. Fans of Aspen Brooks will love viewing her sultry scenes with Mercedes Carrera and Roman Todd in Transition (2016) which was nominated for “Trans Release of the Year” at the 2018 XBIZ Awards, her steamy scenes with Vadim Black and Ty Roderick in TS Babysitters (2016) that was nominated for “Transsexual Release of the Year” at the 2017 XBIZ Awards and her seductive scenes with Stefani Special and Andrew Fitch in TS Beauties #2 (2016) which was nominated for “Best Transsexual Movie” at the 2017 AVN Awards. Aspen’s stellar performance in TS Beauties #2 earned her another rave review from Caramel Black who highlighted in her August 2016 online review how;

I love the way there’s a slow build-up with lots of kissing – passionate kissing! Aspen is portrayed as a bi-curious girl and although Stefani has more experience with transbian lovemaking, she also takes her time with Aspen…I’m not going to add any spoilers about the extraordinary plot development. I’d rather you find out what goes down for yourself through the TransSensual.com website or by watching the DVD”. 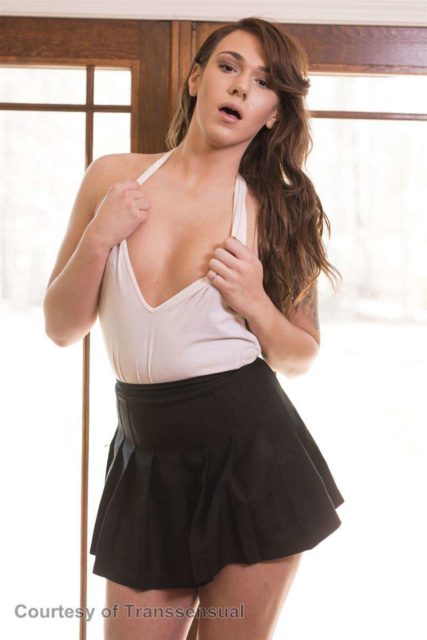 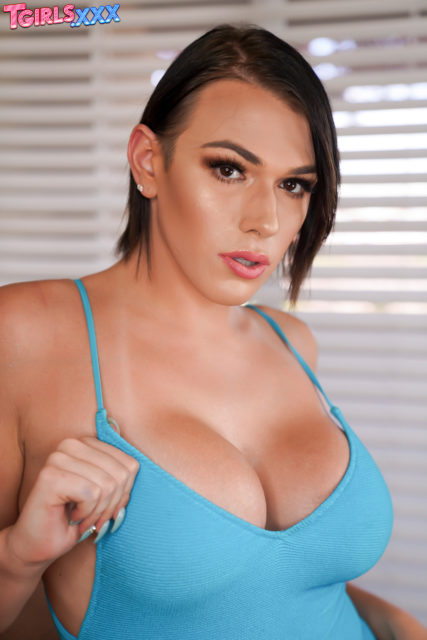 Want to know the most impressive part? Aspen’s captivating web clips have proved so popular among fans that she has been featured in her very own Grooby star showcase Aspen Brooks: TS Superstar (2018) which treated fans to six of Aspen’s hottest solo scenes and hardcore collaborations with Kami Kartel, Mike Panic and Rick Fantana. As the DVD description hotly hints; 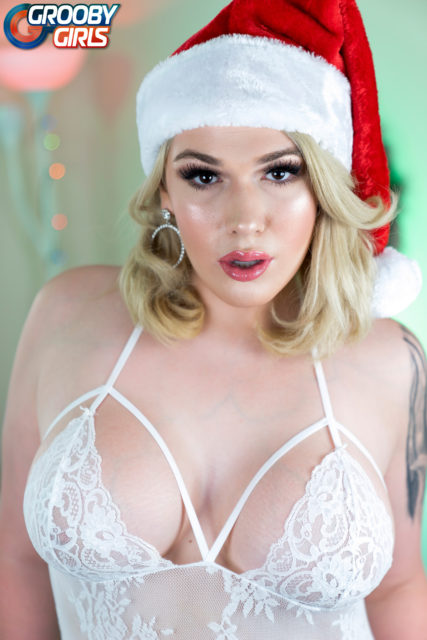 “This film was a very pleasant surprise. Aspen Brooks is going to be a star. She is a very good actress as well as having charisma. Handsome Robert Christian is a leading man. Chelsea Poe shows off her good acting skills and her intense sex work. Isabella Sorrenti is a beauty who also is a good actress. Overall, this storyline is developed well and is a good couples flick…I highly recommend it”. 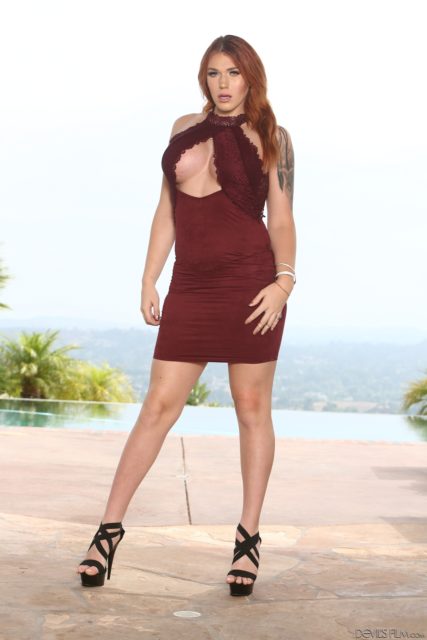 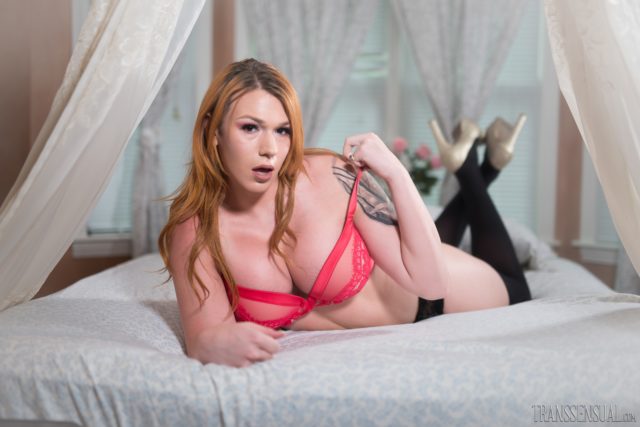 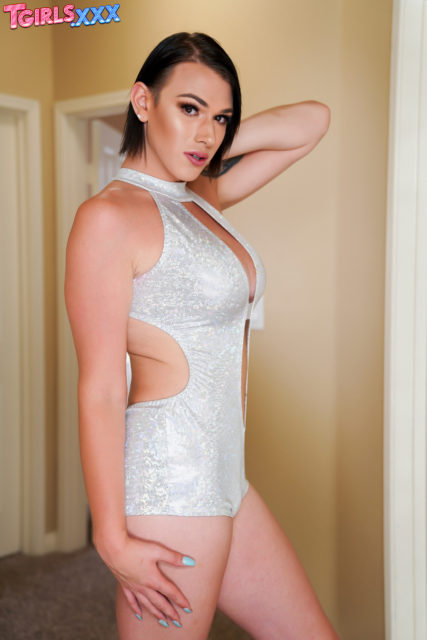 It gets even better; a portion of the sales from this limited edition calendar will be donated to the Trans Adult Industry Foundation (TAIF) which donates money to emergency support services and other organisations that benefit trans performers and the LGBTQ community. Talking about this star-studded Grooby Girls calendar in an October 2018 press release, Grooby CEO Steven Grooby explained how;

“It’s always an exciting time when we get to announce the models we’ve chosen for the 2019 calendar, especially given the amount of time given to choosing and debating not only the models for the calendar but the exact photo which shows her qualities to the best…The idea for the calendar has always been to titillate without being explicit. To choose beautiful shots from a wide range of the beautiful trans women we’ve worked with over the year. To have a work of art, that you can hang anywhere”. 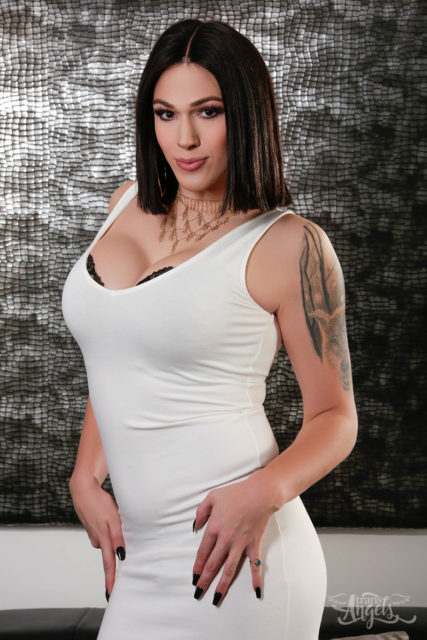 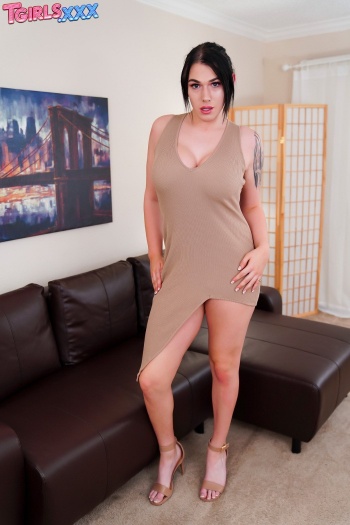